Location on 25 June 1876: Powder River Depot or With General Terry? 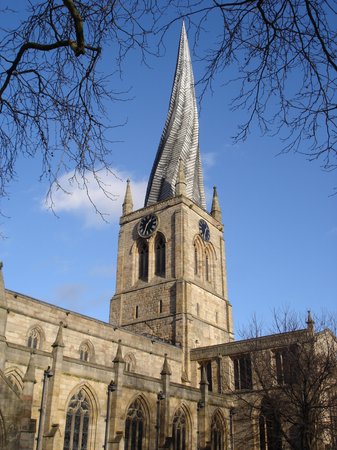 Parish Church of St. Mary and All Saints, Chesterfield, famous for its crooked spire. 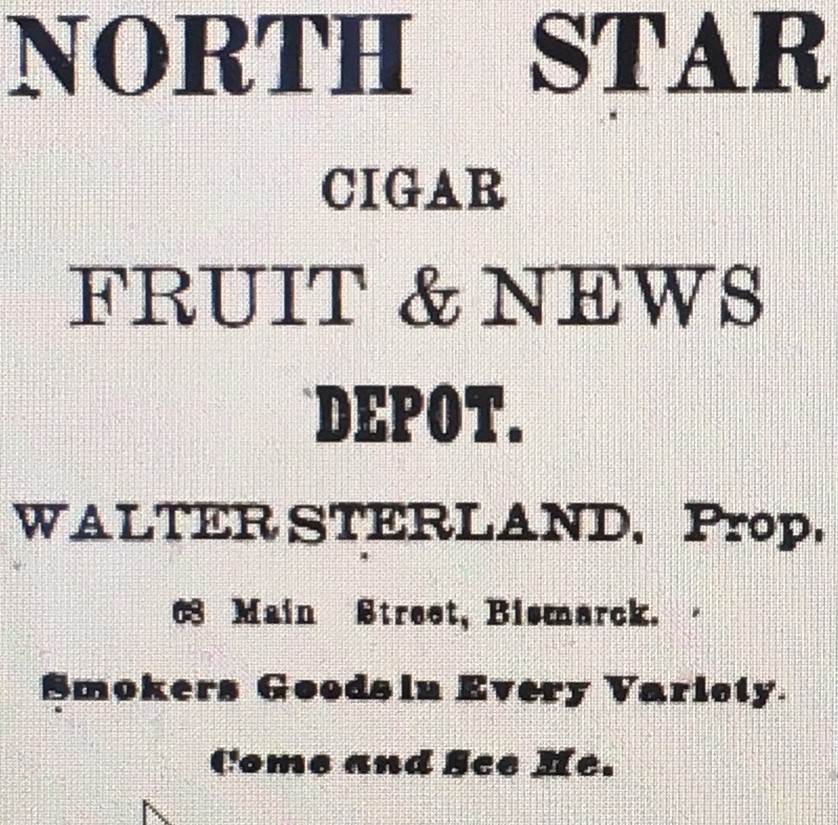 Advertisement in 'The Dickinson Press'. 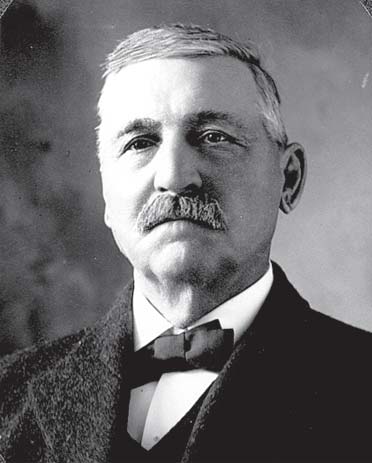 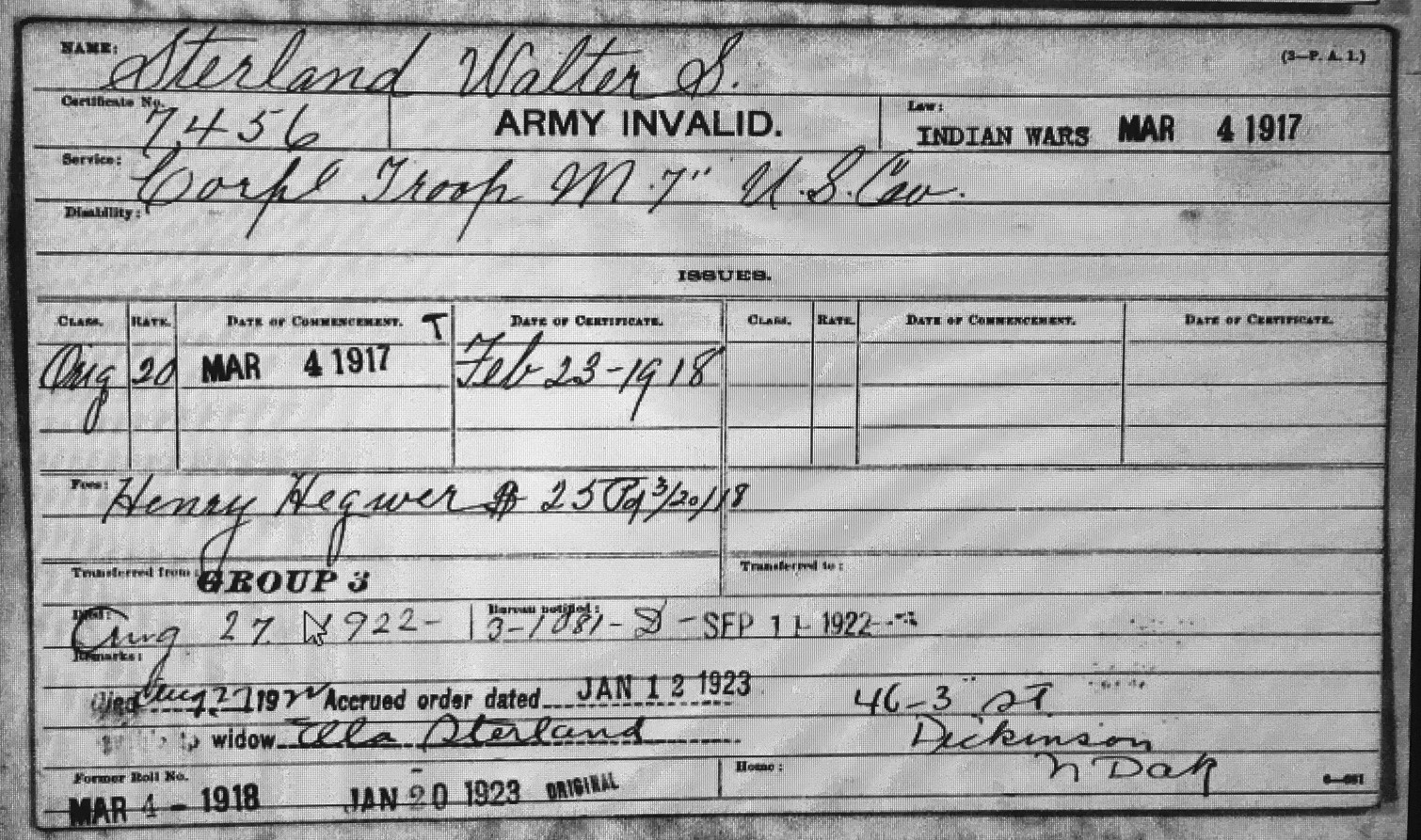 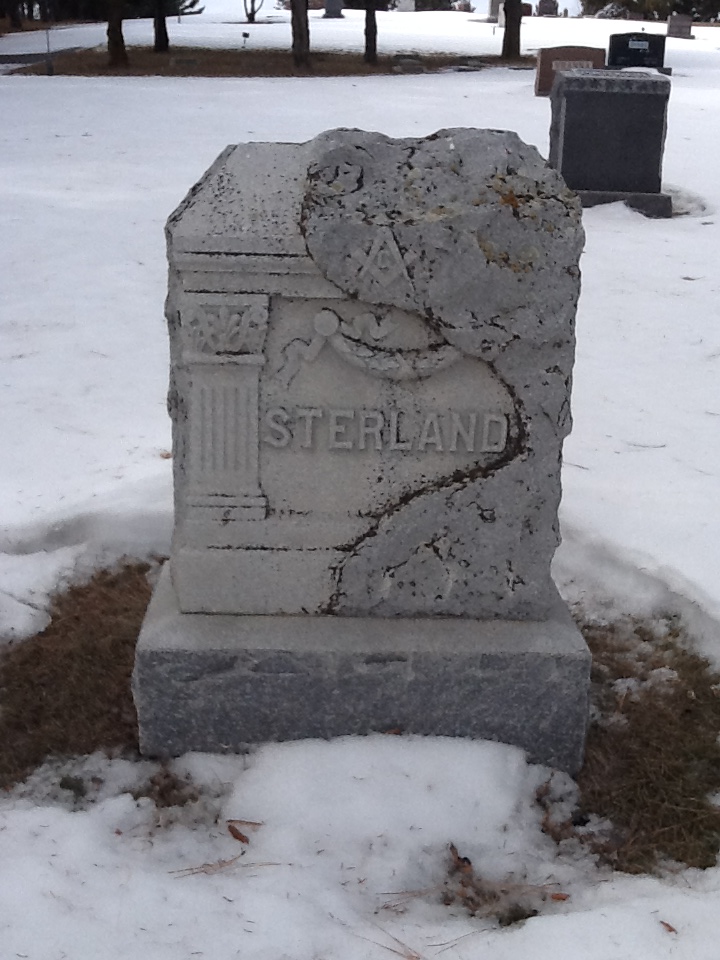 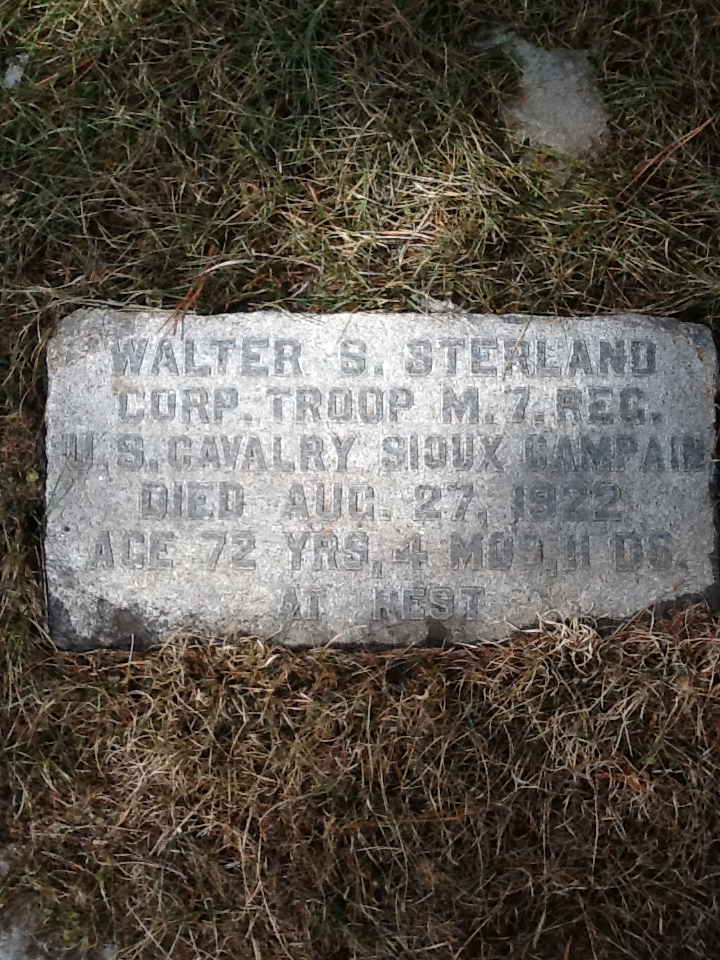 Memorial tablet for Walter S. Sterland, which incorrectly states he was “AGE 72” and misspells “CAMPAI[G]N”. 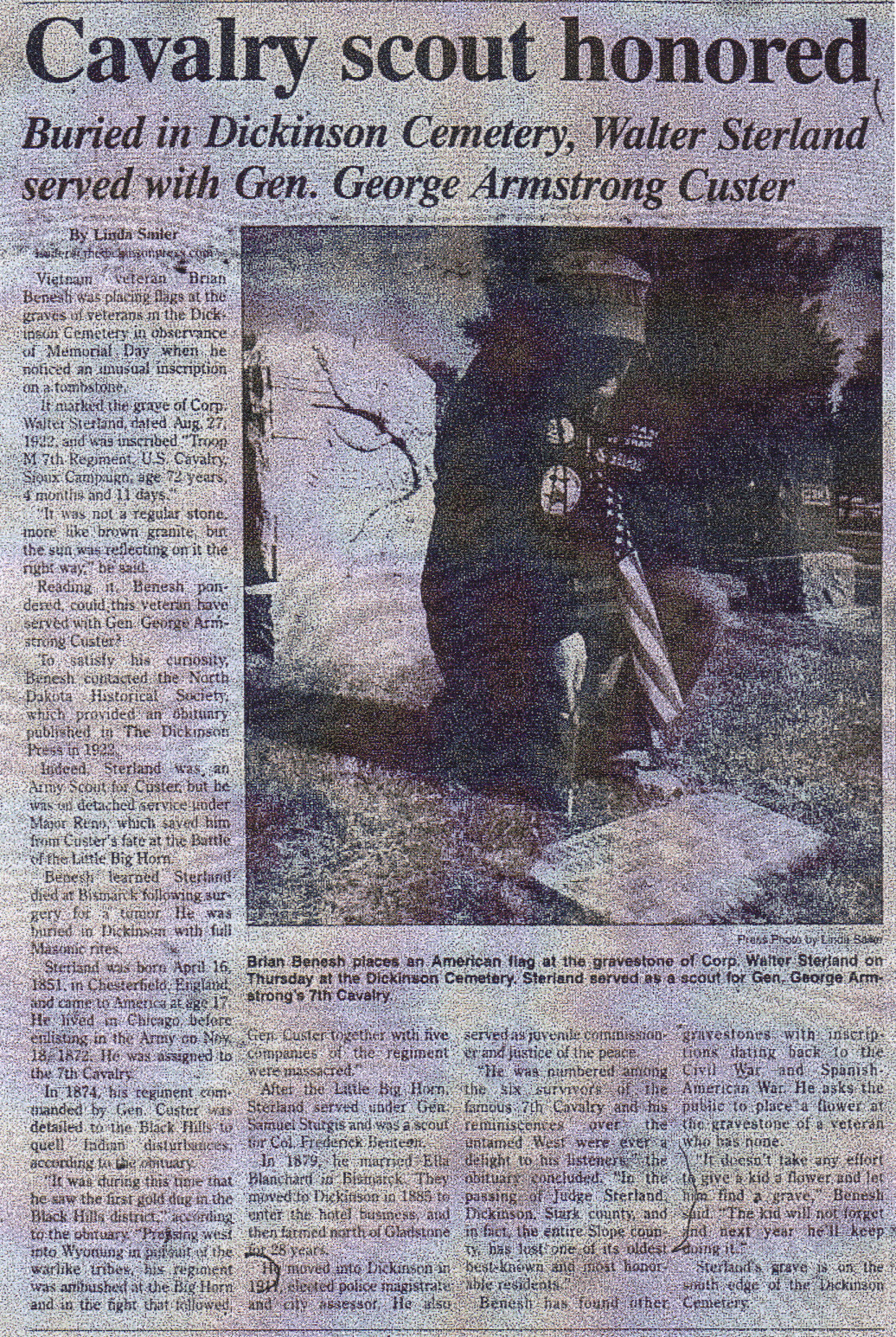 Cavalry scout honored by Linda Sailer - The Dickinson Press, 26 May 2012