A Brick Mason from Glasgow 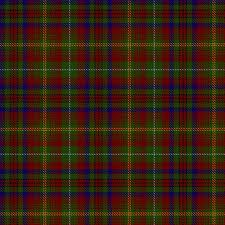 The McMaster tartan (a sept of the armigerous Clan McInnes).